Home / Telecom Industry Trends / The Evolution of 5G: From Its Origins to the Future

Cellular technology has come a long way in the past few decades. Each new generation of cellular technology has brought increased speed, capacity, and reliability. With the launch of 5G, we’re on the cusp of another massive advance in wireless networking. In this article, we’ll take a look at the origins of 5G and how it is shaping up to be one of the most significant innovations in mobile communications yet.

The open evolution of the 5G network

5G is the next generation of wireless technology and promises to be a major game-changer. It has the potential to revolutionize how we interact with technology, connect, and even how to live our lives. But what exactly is 5G? And how did it come to be?

In this article, we’ll look at the origins of 5G and trace its development from early concepts to the current state of the art. We’ll also explore some of the potential applications of 5G and speculate on where this technology may take us in the future.

5G is the successor to 4G LTE, the most advanced wireless technology. It is a new radio interface and network architecture that promises to greatly improve upon the performance of 4G in terms of speed, capacity, and latency.

To achieve these goals, 5G uses a variety of new technologies, including: 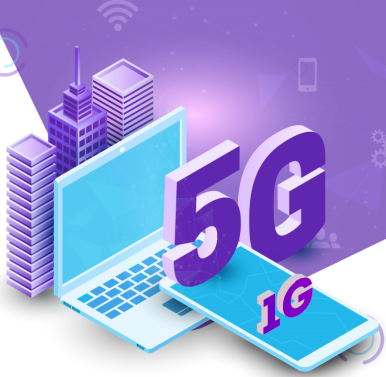 mmWave technology: This type of high-frequency radio wave can carry large amounts of data. mmWave has been used in other applications such as satellite communications, but its use in wireless communications is relatively new.

This type of high-frequency radio wave can carry large amounts of data. mmWave has been used in other applications such as satellite communications, but its use in wireless communications is relatively new. Massive MIMO: This stands for Massive Multiple-Input Multiple-Output. MIMO is a technology that uses multiple antennas to transmit and receive data, and Massive MIMO takes this to the next level by using large arrays of antennas.

This stands for Massive Multiple-Input Multiple-Output. MIMO is a technology that uses multiple antennas to transmit and receive data, and Massive MIMO takes this to the next level by using large arrays of antennas. Beamforming: This is a technique that helps focus the transmission of radio waves in a specific direction. This can be used to improve signal strength and reduce interference.

All of these technologies work together to enable 5G networks to offer much higher speeds, capacity, and lower latency than previous generations of wireless technology.

The evolution of 5G technology: how 5g is changing the way we use technology

The 5G network is the next generation of wireless technology, and it promises to bring a host of new features and capabilities to users. However, while 5G has been in development for several years now, it is only recently that major progress has been made in terms of commercial deployment. In this article, we’ll look at the key features of 5G and how it will impact users and businesses alike.

One of the most significant changes that 5G will bring is its ability to support much higher speeds than previous generations of mobile networks. 4G LTE, for example, offers peak speeds of around 1 Gbps (gigabits per second), but 5G will be able to offer speeds of up to 10 Gbps. This will benefit users who need to download or upload large files, such as videos or software updates.

Another key feature of 5G is its support for ultra-low latency. Latency is the time it takes for a data packet to travel from one point to another, and it can significantly impact the user experience. For example, 4G LTE has a latency of around 50 milliseconds (ms), but 5G will be able to reduce this to just 1 ms. This will be beneficial for applications that require real-time response, such as virtual reality or gaming.

Another significant change is the use of spectrum sharing. With 5G, mobile operators can share spectrum and other types of users, such as Wi-Fi networks. This will help to improve spectral efficiency and reduce costs.

Finally, 5G will also enable a new type of network known as the Internet of Things (IoT). The IoT refers to the interconnectedness of devices, sensors, and other objects that are able to collect and exchange data. 5G will play a key role in enabling the IoT by providing low-latency, high-speed connections that can support billions of devices.

The deployment of 5G is still in its early stages, but it is already clear that it will have a major impact on users and businesses. With its high speeds and low latency, 5G will enable a new era of mobile applications and services. It will also change how mobile networks are deployed, making them more efficient and cost-effective. In the coming years, we can expect to see 5G become increasingly commonplace, eventually becoming the standard for mobile networking.

Telecom Industry Trends
Prev post
Share:
Next post
2022-08-15
0
There are a number of challenges that the telecom industry faces today. One of the biggest challenges is
Read More
2022-03-28
0
Cities around the world are looking for ways to become smarter and more efficient. And thanks to the
Read More
2021-11-16
0
There’s no doubt that mobile connectivity is more important than ever. With people relying on their smartphones for
Read More
Back to Top